The Grand Canyon Is Truly a Natural Wonder

Did you know that North America has just one of the Seven Natural Wonders of the World?

That would be The Grand Canyon, a bucket list travel destination that stretches 277 miles long through Arizona. Its resplendence draws in more than four million visitors a year, but in order to get the most out of your experience, you’ll need a game plan.

Here are some pointers for your once-in-a-lifetime trip.

Where Is the Grand Canyon?

Located in northern Arizona, northwest of the city of Flagstaff, the Grand Canyon measures more than 270 miles long, up to 18 miles wide and a mile deep, making it one of the biggest canyons in the world.

This natural landmark formed about five to six million years ago due to erosion from the Colorado River, which cut a deep channel through layers of rock. That rock is some of the oldest exposed rock on Earth. In fact, the mile-high walls reveal a cross section of Earth’s crust going back nearly two billion years.

Located near the bottom of the Inner Gorge are some of the oldest known rocks in the canyon, called the Vishnu Basement Rocks. The Vishnu rocks formed about 1.7 billion years ago when magma hardened and joined this region – once a volcanic ocean chain – to the North American continent.

The Best Time to Visit the Grand Canyon

There’s no wrong time to take in the majesty of the Grand Canyon, but there are a couple seasons that are more preferable than others — it all depends on preference. Visiting in the fall and spring will be your best bet to avoid tourist swarms, which means better parking and shorter lines.

Keep in mind that if you go during the summer, temperatures in the Grand Canyon can be dangerously high for hiking some of the routes. On the flip-side, the North Rim and many South Rim trails close in the winter because of snow. 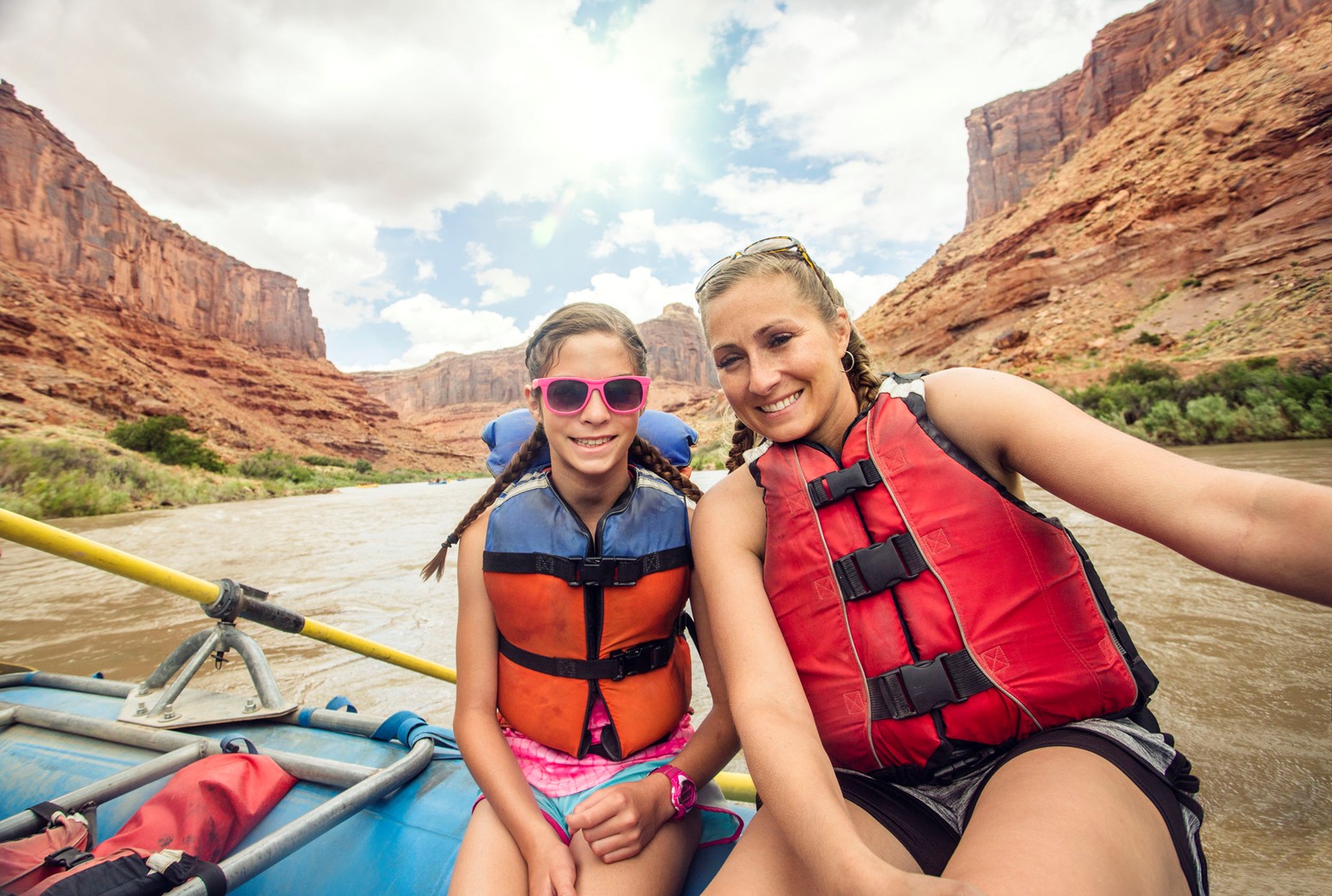 How to Get to the Grand Canyon

The most popular international airport to fly into is the Phoenix Sky Harbor International Airport (PHX), located a three-and-a-half hours’ drive from the South Rim. Other options include flying into Vegas or Flagstaff and driving in yourself.

If you’re not into driving or don’t want to deal with the hassle, you can take the Grand Canyon Railway 65 miles up to the South Rim. The train leaves at 9:30 A.M. (with additional times during peak season) in the morning and comes back at 3:30 pm. During the more than two hour ride, you’ll travel through the Colorado Plateau in northern Arizona that offers plenty of wildlife spotting. There are six different classes of tickets, ranging from a basic bench seat to a Luxury Parlor car with a private bar.

There are also shuttle services available for moving around the South Rim in the Grand Canyon Village area, which can save you the hassle of parking.

Passes are required to enter the park, which can be purchased online. If you’re a big national park fan, it’s recommended that you buy annual America the Beautiful passes which includes your visit to the Grand Canyon and other US National Parks at no extra cost.

What to See at the Grand Canyon

If you’re making the trip, it’s worth staying overnight, in part to catch both sunrise and sunset. If you’re looking for the best viewpoint in the Grand Canyon, that would at Hopi Point. If it’s very busy, you can also see a beautiful sunset from Mojave Point.

You’ll find the Skywalk at Eagle Point, an attraction that hovers 4,000 feet above the Grand Canyon, at the West Rim, which is closest to Las Vegas. The best way to take in the sights is with a hike, but if that’s not your speed, you can also fly over the national treasure. In addition to the helicopter tours in the Grand Canyon from Las Vegas, you can also take a shorter and cheaper tour by helicopter or airplane from Grand Canyon Village.

And if hiking and flying aren’t on your list, you can always take in the museums. At Tusayan Ruins and Museum, you can visit the ancestral town located on the East Rim of the Grand Canyon.

At Yavapai Geology Museum (located near the Grand Canyon Village visitor center), visitors can learn about the Canyon’s formation in geological terms and see a glass-paned viewpoint with spectacular views of the Grand Canyon. 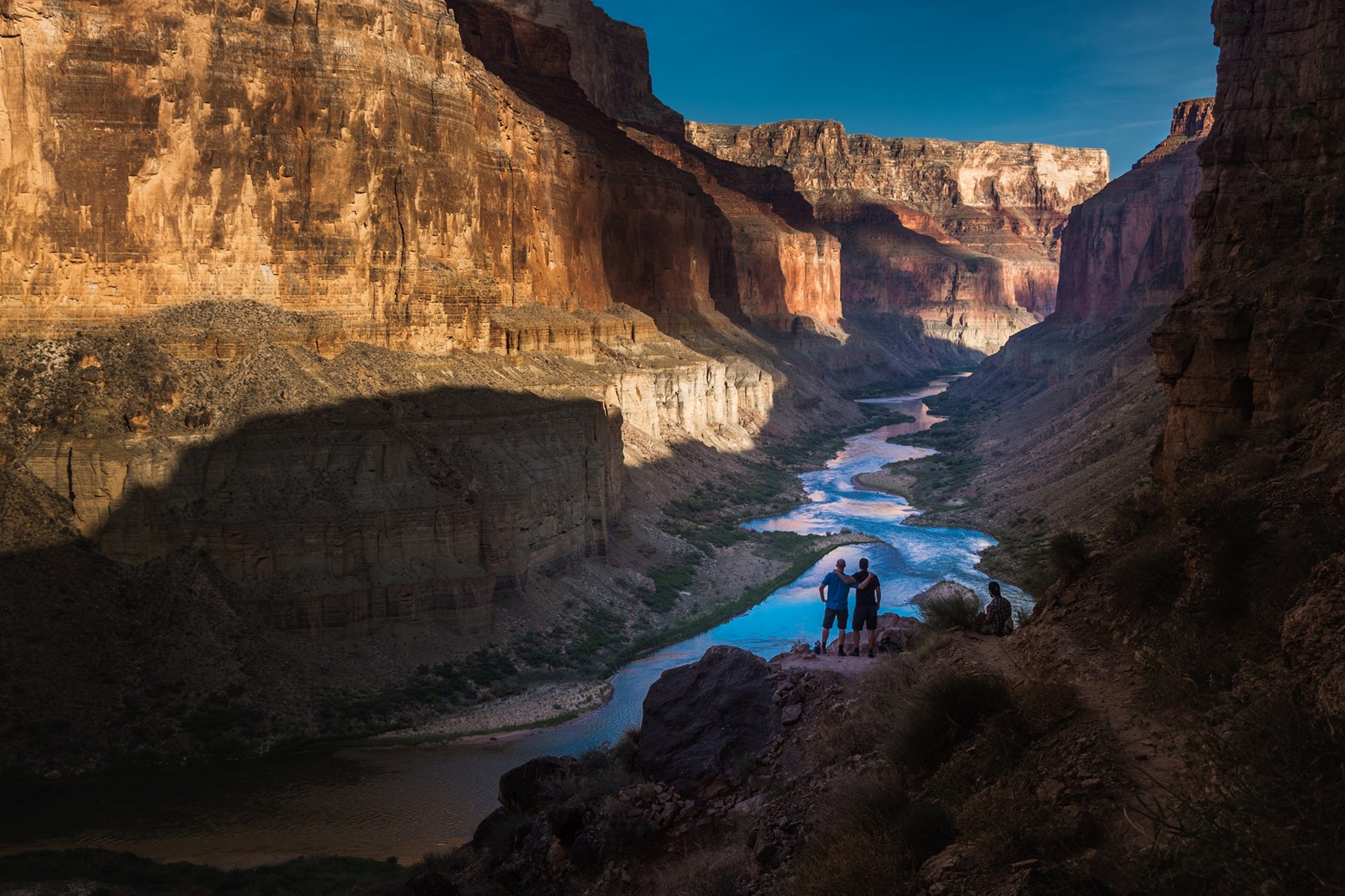 Are You Ready To Plan Your Trip To the Grand Canyon?

If you’re looking to explore on of the most magnificent sites in the world, Sunset Travel & Cruise is here to make that happen for you. Simply let us know what you would like to see, and we’ll make sure your vacation is packed with the best sights, sounds, and tastes that the Grand Canyon has to offer. Contact us today!

Want to join the discussion?
Feel free to contribute!

FROM CHICAGO… TO ANYWHERE! 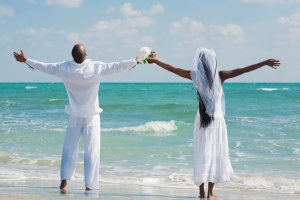 Special feature on planning a destination wedding. Learn how to plan better, save money and have the wedding of your dreams! Read blog >

More From Our Blog…

Located in Chicago’s Lincoln Park neighborhood and crafting amazing vacations since 1973, Sunset Travel & Cruise Agency is the place to go to when looking for not just vacation, but a life-changing travel experience.